KATHMANDU: Despite a rise in the number of women in workforce, financial freedom is not easily realised by most, especially after they get married.

Women typically lose control of their finances after marriage, either because they leave their jobs, or merge their wealth, or just leave the financial management to their husbands. This can be either a joint decision, or as in most cases, due to family pressure, or after childbirth.

Letting go of financial control results in a skewed relationship, where the woman is often left at the mercy of her husband, or worse, to fend for herself if the marriage breaks down. To avoid such a situation, it is best for the woman to empower herself financially, not just in terms of her earning potential, but also in being financially literate and participating in all financial decisions in the house.

So if you are a woman and truly want to celebrate Women’s Day (on 8 March) this year, make an effort to reclaim monetary control so that you don’t have to depend on anyone for your financial well-being. Even if the relationship breaks down, make sure you are not left high and dry, seeking support from your husband, parents or ..

Don’t rush to close your pre-marriage bank accounts to open a joint account and merge your wealth with that of the spouse. “Make sure you have a single account in addition to the joint account, and even in the latter, be the primary holder. In case of a problem in marriage, the husband can easily siphon off the money from the joint account,” says Dinesh Rohira, Founder & CEO, 5nance.com.

Also ensure that you keep all your assets from before marriage separate and do not encash your investments as soon as you get married. In case of a split, you will have your own financial backing instead of starting afresh. “You should have a repository of all the financial documents from before marriage so that you can control these yourself instead of depending on your father or husband,” adds Rohira.

Don’t be in a hurry to quit work right after marriage, especially if you are moving to a new city. Take your time to search for a new job, or another career option, or even self-employment. Financial independence is critical in the initial stages, particularly in an arranged marriage, to keep the relationship on an even keel and give you confidence to move out if the marriage is not working. Even later, it will stop you from being completely dependent on ..

Even if you face a split 10-15 years down the line, if you keep working or start your own business or provide consulation work, you would have built enough corpus and assets to survive on your own without anyone’s support. In case you do need to leave the job, don’t stop networking with your colleagues and other professionals in the industry. This is crucial if you need to pick up the threads and look for a job on the breakdown of your marriage.

Be a co-owner in a loan

If you are building assets jointly, you should be the co-owner, and if only your funds are being used to purchase assets, ensure these are only in your name. “Even if the woman is earning, the husband usually makes all the investments and could keep the assets only in his name,” says Agarwal. For instance, while buying a house if you are a co-applicant for the loan, make sure that you are also the co-owner. “Even if joint funds were used to purchase a ..

As a rule, never sign any blank or official document presented by your husband or in-laws without reading it. “Husbands typically open new businesses or make investments in wives’ names to avoid GST liability or other taxes. Women should understand that in doing so they are passing on the risk to the wife,” says Rohira. So, if you don’t find the document appropriate, don’t sign it. If the business fails or faces problems, or the husband is unable ..

Always remain active and involved in money management. In case of separation, if you do not know what assets your husband has, or where he has invested, or which ones belong to you, or what your streedhan is, how can you claim it or how can it be included in the alimony? Women tend to let go of financial matters after marriage, and if they get divorced after 15-20 years, they are left penniless because they have no asset in their name, no savings or so ..

You need to ensure that you are covered under a health plan, whether you buy it yourself or are covered by your employer or your husband’s employer. Mumbai-based Megha Verma (name changed) found herself at a loose end when she required an urgent surgery 13 years into the marriage. They had no health plan and due to the strained relationship with her husband, the latter refused to pay for it. Ultimately, her parents had to chip in while she was hospitalise .

The article was originally published in Economictimes. 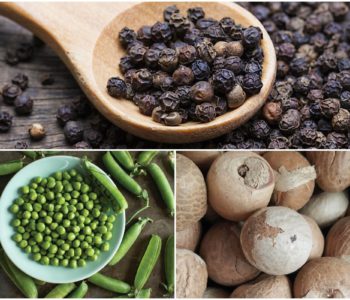