KATHMANDU: Seven Ministers of the Cabinet led by Prime Minister KP Sharma Oli have announced collective resignation from their ministerial post citing that the decision of Oli to dissolve the House of Representative is against the Constitution, democracy, people’s mandate and political principles. 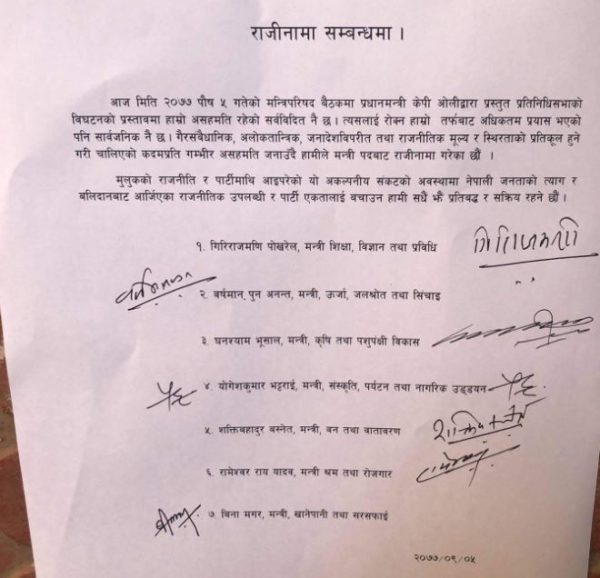