KATHMANDU: Digital payments are attracting growing interest, and eye-popping numbers abound, as demonstrated by the US payment processor Stripe’s recent $95 billion valuation. Why all the excitement, and why now?

At one level, the reason is straightforward: digital payments allow buyers to pay sellers without physical currency changing hands. Though the technology has been around for a long time, it is finally becoming much easier to use for small-value retail payments. Moreover, the pandemic has accelerated the switch to digital payments, as people have shifted to e-commerce and taken steps to avoid handling currency in ordinary purchases.

Digital payments also generate real-time data on sellers’ businesses, the timing of cash flows, and buyers’ purchasing habits, allowing payment providers to offer credit, savings, wealth management, collections, insurance, and other financial services. Where credit was once the way to draw in customers and offer a panoply of financial services, payments may be a safer channel for such upselling.

Digital payments also generate real-time data on sellers’ businesses, the timing of cash flows, and buyers’ purchasing habits, allowing payment providers to offer credit, savings, wealth management, collections, insurance, and other financial services. Where credit was once the way to draw in customers and offer a panoply of financial services, payments may be a safer channel for such upselling.

But a provider who handles only a fraction of a customer’s payments has only a partial picture of that customer. Payment providers therefore are eager to control all means of payment: bank accounts, e-wallets, credit cards, cryptocurrencies, and so on. And e-commerce and social-media platforms want to go a step further by combining their powerful data-collection engines with payments. 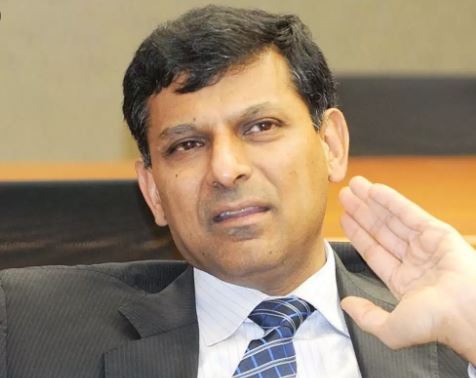 With near-total knowledge of users’ behavior, a provider can both address customers’ every need (directly or through partners) and lock them in for the long term, because the costs of seeking similar services elsewhere will be too high. This tie-in need not be entirely exploitative: a merchant who uses a provider for a wide suite of services can be offered more credit, because she will be less likely to risk losing those services by defaulting.

There is also much excitement about cryptocurrencies, which are just one form of digital payment, typically requiring an initial exchange of a fiat currency like the US dollar into a given unit. A cryptocurrency like Bitcoin offers ostensible benefits as a means of payment because, unlike fiat currencies, it cannot be inflated away (because its supply is fixed), and it allows for decentralized payment verification, eliminating the need for any party to trust the others involved, let alone trusting government or regulators.

But there are impediments to Bitcoin’s use. Its value is not managed by a central bank, so it can fluctuate wildly. Firms, barring those led by true believers, do not want to keep a currency whose value can fluctuate by 10% every day.

And Bitcoin transactions are expensive and inefficient, owing to the costly decentralized verification process. By some estimates, the annual electricity use needed to verify Bitcoin transactions exceeds that of a medium-size country. It is hard to imagine that such an environmentally destructive process will be tolerated indefinitely.

Other cryptocurrencies have a fixed value, because they are pegged to a currency like the dollar and fully backed with cash reserves. These “stablecoins” are easier to use in payments; but like other traditional means of exchange, they are dependent on (those pesky) regulators. While some stablecoins have tried different methods of payment verification than Bitcoin’s, none has emerged as the next “killer app.”

Cryptocurrencies are thus a work in progress. By design, Bitcoin addresses the lack of trust in fiat currencies, central banks, and governments. But, beyond the paranoiac, criminal, and terrorist communities, such concerns are not widely shared.

That could change if more people start believing that central banks are out to debase fiat currencies, or if the world breaks up into US- and Chinese-led blocs that don’t trust each other’s currency or settlement systems.

Of more immediate use would be a cryptocurrency that focuses on reducing transaction costs in difficult payment situations such as small-value or cross-border exchanges. For example, a voracious but eclectic reader could make micropayments for every article she reads online without taking on a bunch of costly subscriptions.

Equally promising are proposals for smart contracts that would deliver a payment automatically once some verifiable condition has been met (eliminating the need to trust humans).

In any case, the emergence of a dominant digital-payment provider, cryptocurrency or otherwise, would raise important public policy concerns, such as whether it could be trusted to collect and handle customer data responsibly.

Owing to its mixed track record on data and privacy issues, Facebook’s proposed stablecoin (Libra, which has since been rebranded as Diem) met with skepticism from financial regulators. For its part, Europe has made an initial attempt at regulating data use under its General Data Protection Regulation. But the law will need to be fine-tuned in light of developments in the digital-payments sphere.

A related issue concerns antitrust. Does a single payment provider that handles all business services – including e-commerce and logistics – have an excessive amount of market power? The recent tensions between Chinese regulators and Ant Group owe something to the fear that e-commerce platforms like Alibaba (Ant’s parent company) are using their market power – enhanced through payments – to restrict competition. One remedy here would be to create public payment bridges, such as India’s Unified Payments Interface, where the key payment services are open to all comers and not controlled by any one private entity.

But perhaps the greatest regulatory concern is systemic risk. When one or two providers dominate an entire country’s digital retail payments, commerce could be devastated if anything goes wrong.

Advances in cryptography (through quantum computing) may make it easy to subvert existing schemes of digital verification. And public bridges, while increasing competition, may concentrate risk. The only way around this is to have multiple providers, multiple bridges, and multiple technologies in the payment arena.

Central banks are now contemplating getting into the digital-payments game themselves. They fear losing control over payments as physical cash becomes redundant, that the private sector will get it wrong, or that other central banks will steal a march on them.

Central bank digital currencies would ensure a public presence in payments; but, again, this option would concentrate data and risk, while also raising questions about the viability of private digital payments. But that’s a subject for another (my next) commentary. Project Syndicate