KATHMANDU: The digital platform is becoming an effective tool for the auto industry that has been reeling under the impact of the coronavirus and consequent lockdown.

Many auto dealers in the country have started utilizing the digital platform to launch new products and hold virtual auto shows as this gets rid of the problem of people having to come to the showrooms in person. And people are apprehensive about visiting showrooms because of the need to maintain social distance and follow other health safety protocols due to the COVID-19.

Such virtual initiatives are now being considered even more effective than the conventional product launches that were practiced before the outbreak of the coronavirus. Auto dealers hope that such digitalization can help in reviving the auto market that has been severely affected.

For instance, Mega Motors,which did not get a single inquiry in the first three days after the prohibitory order was eased, received around 30 video calls from potential customers on the very first day of its three-day Virtual Auto Show which commenced on September 14. 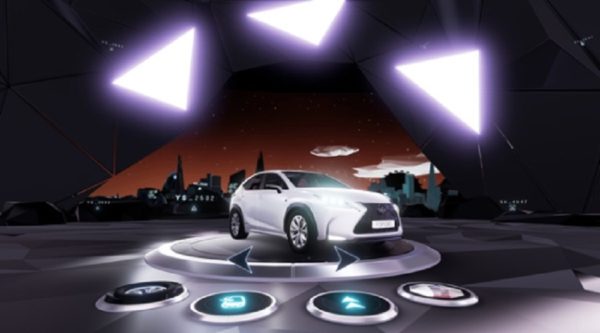 Mega Motors, which is an authorized dealer of Nissan and Datsun brands of vehicles in Nepal, demonstrated various models of four-wheelers via video calls through social media networks like WhatsApp, Viber, Facebook Messenger and Zoom from its showroom in Maharajgunj.

The company was successful in recording over 100 inquiries and was able to register 13 bookings. In fact, it even sold three vehicles within just those three days of the virtual show. The company claims that such virtual shows could become effective in reviving the now passive automobile business.

“At a time when the market is totally down since the last six months due to the pandemic, this show was effective in helping us to some extent. However, compared to the NADA Auto Show last year the virtual show was only 10 percent effective,”revealed Mahesh Pal, managing director of the company.

The current season is the peak time for automobile sales but the market has slowed down because of the coronavirus and people are not so enthusiastic about buying vehicles at the moment. But the virtual auto show did add some charm in the market.

Despite all the odds, the digital platform facilitated those customers who wanted to buy a vehicle as they could easily participate in the virtual show.

“We received a lot of appreciation from customers for organizing the show even during this inconvenient time,” said Pal. He mentioned that around 30 people visited the showroom physically during the virtual event and approximately 180 people participated in the video call.

There are other auto dealers who have utilized the digital platform for new launches with the hope of giving continuity to their business amid this crisis. MAW Enterprises, Pooja International and Jagadama Motors are some dealers who have also adopted this technology.

MAW Enterprises, an authorized distributor of Yamaha motorcycles for Nepal, announced the digital launch of the Fascino 125FIin August through social media network. As per the company’s Marketing and Public Relations Manager, Ramesh Danekhu, they announced the digital launch with a major objective of creating mass awareness about theproduct, increasing web traffic in its website and also expanding more links with the customers.

“We can record how many people visited the showroom when we launch a product in the conventional way. What is different with the digital launch is that we can track the dimension of our accessibility. We get to know how many people we have been able to reach, how many visited our website and which particular page received more views,” said Danekhu.

He further shared that with the need to adopt various health safety protocols, which can be troublesome to customers, digital launches are effective in all aspects for the company. “Moreover, a digital launch is more cost effective than a conventional one and the company can also reach the targeted customers. We can also monitor and analyze the effectiveness of the launches,” said Danekhu.

He further stated that there is not much difference between a virtual show and a digital show. “But to have a virtual show a digital platform is necessary,” he said. He shared that they held only a digital launch to introduce the Fascino but it will be conducting a virtual launch program to introduce its new Yamaha motorcycle, Ray ZR 125 FI. Danekhu informed that the company will be launching the motorcycle on September 23 through a live broadcast on YouTube.
Likewise, Pooja International, the authorized distributor of Volkswagen in Nepal also introduced the new Volkswagen All Space on September 15 through the digital platform.

LDC Graduation and its Impact