KATHMANDU: Tourism entrepreneurs have said that they will launch a protest against the government from Monday citing that the government has not shown any interest in helping the tourism sector to sustain during this crisis.

Achyut Guragain, president of Nepal Association of Tour and Travel Agents (NATTA),mentioned that they had to take such a drastic step as the virtual meeting that was held last Friday between tourism entrepreneurs and Tourism Minister Yogesh Bhattarai ended inconclusively regarding the resumption of the sector.

Although the entrepreneurs had sought the resumption of the tourism industry immediately during the meeting,Minister Bhattarai informed about the impracticality of reopening the sector at present owing to the risk of the coronavirus. The minister also mentioned that the schedule for domestic flight has not been fixed yet.

Due to this, airline companies operating which have been operating domestic flights have also warned to hand over their keys if regular flights are not resumed from September 17.

“It might not be a problem for the people working in the government sector in terms of receiving their monthly salary and daily livelihood. But,we have been confined since the last five months and there are problems for us like bank loans and how to sustain our staffs,” complained a member of the airline operators association seeking anonymity. “If regular domestic flights do not resume on September 17, all airlines will hand over their keys jointly to the government.”

Highlighting about the resumption of tourism activities in other countries the entrepreneurs raised the question on how could confinement be the only solution to control the spread of the coronavirus. Entrepreneurs said that it will lead to further problems in the future.

Considering the situation, the tourism ministry had initially planned to resume regular domestic flights in mountainous and hilly areas. But due to the increasing cases of infection in the Terai, it had decided to halt flight operations there.

Guragain claimed that the ministry did not respond positively to the demand for ‘Global Distribution System’, smooth tourist activities and end of cartel system in ticket booking.He said, “The government should not be biased.We seek favorable conditions for running our businesses on an equal foothold. But it has been five months that no effort has been made to revive the sector.”

Guragain informed that various companies affiliated with NATTA are planning to protest with placards at Nepal Airlines Corporation’s office on Monday. He also informed that they will protest in front of offices of other domestic and international airline companies like Himalaya Airlines, Turkish Airlines, Qatar Airways, among others.

Tourism and aviation entrepreneurs have demanded the resumption of the tourism and aviation sector by abolishing charter flights, the opening of GDS bookings to all travel agencies for regular flights, and the implementation of refinancing facility as mentioned in the Monetary Policy. 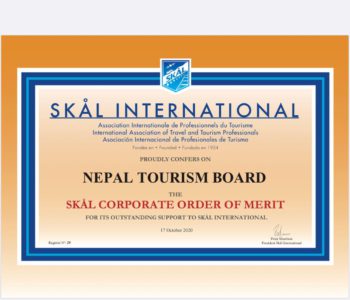 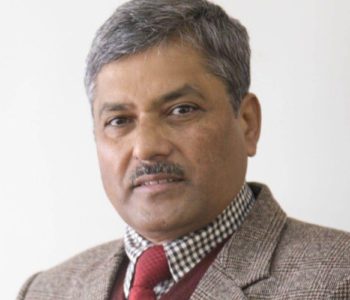