KATHMANDU: SubisuCablenet Pvt. Ltd., commonly known as Subisu, is a household name for Nepalis and is the number one provider of enterprise internet and second highest household internet provider in Nepal. Established as a cable operator company in 2001 and providing internet services since 2004, Subisu is one of the biggest ISPs in Nepal, and aims to be the complete IT infrastructure provider in the years to follow.

Inception
According to Binaya Mohan Saud, CEO of the company, Subisu is the brainchild of three school friends, Surendra, Binaya, and Sudhir. Never did they imagine a joint venture they dreamt of would bring about a technological revolution in Nepal. “We three friends went to the same school, St. Xaviers. We were together even during our high school days, and the two of us, Sudhir and I, we did our engineering together and joined NEA as engineers. We never knew our friendship and acquaintance would lead to this,” he shares.
The trio ventured into the business through an online trading company in 1999. The trading business was going well, but the two engineers had a passion for engineering and technology and were waiting for the right opportunity. At the same time Sudhir went to India to pursue his MBA. During all this time, the only internet service available in Nepal was dialup internet.
On a fateful day, Sudhir Parajuli, now the President of SubisuCablenet, sent a news clipping to his two friends that said cable internet is gaining popularity in the USA, and the technology was coming to India as well. He also informed his two friends that this might be a business opportunity for all of them. “That is how we set off on this journey. We dreamt of bringing cable internet to Nepal, and as a first step, we applied for the license of an ISP from Nepal Telecommunications Authority in 2001. To our disappointment, it got rejected the first time,” shares Saud. The aspiring youths applied again after fulfilling specific requirements but got rejected again. But they didn’t give up hope or felt disappointed. Instead, the rebellious and tech-hungry duo took another path and applied for a cable operator license in 2001.
“We thought that it was the only way to achieve our aim to be the provider of cable internet in Nepal. It required the same formalities to apply for a cable operator’s license, so we did that. But we planned ahead and started working for the dream we had. Cable TV required only one-way communication, but cable internet required a two-way communication system. We knew we had to get there, so we made our network ready for two-way communication from day one. It cost us significantly higher than required, but we took our chances,” says Saud with a smile on his face.

The Way Ahead
In 2004, the team applied for the ISP license for the third time, and luckily it got approved on condition that the company provided cable internet within six months. “The task would have been difficult to pull off, but as we already had our network in place, we were able to do it. We started providing Cable TV and internet simultaneously for the first time in Nepal in 2004. It was a huge revolution back then,” shares the proud CEO.
The people behind the revolution were young and tech-savvy. They had anticipated that their new product, despite being better than what was available at the time, would not be readily accepted in a tech-conservative society like ours. As expected, the general populace was quite hesitant, and the company didn’t enjoy any immediate profits or growth. But as with most new technologies, a few people started using cable internet, and the news spread. Gradually, more people started subscribing to Subisu’s services.
The three youngsters were happy with their new achievement, but hadn’t yet anticipated the growth that they would have witnessed later.” We had planned for and were targeting only home-based internet users at the time, but two years later, in 2006, we opened up to a new dimension. We upgraded our services to be able to provide metro ethernet for corporate customers. It was a new technology for the corporate world, and it was well received by all. It was a completely different success story after we started to cater to corporate clients. They gradually understood the technology and the security that came with the service, and our profitability increased significantly. This was a significant turning point for Subisu, and we haven’t looked back since,” shares Saud.

Subisu at Present
The company started by three friends Surendra Shrestha, Binaya Saud, and Sudhir Parajuli has stood the test of time and expanded in numerous aspects over the years. In 2014, the team added two partners Amit Thapa and Deepak Shrestha in various positions, and the company has been growing even stronger. Subisu presently provides its Digital TV subscription branded as Clear TV, Home Internet, Enterprise Internet and Intranet services. Subisu boasts of 350,000 TV subscribers, 140,000 retail internet users, and more than 3,500 corporate enterprise clients. “We are constantly improving and upgrading our technology, building better and resilient data centers, and are also foraying into cloud services,” shares Saud.

Core values of Subisu
According to Saud, Customers are the main priority for Subisu as they are the ones providing business. “Our foremost aim is to keep our clientele happy. Besides that, we are what we are because of our human resources. Our employees are our prized assets, and we can’t imagine Subisu without them. So, our employees are our prime responsibility as well,” he shares.
At present, over 1,500 are directly employed with Subisu, and more than half of them have been associated with the company for the past decade. “They are our prime responsibility as well. I want all of them to feel that they are in safe hands and have a secure future,” he mentions.

According to Saud, Subisu aims to grow as a total IT infrastructure provider in the future, and as an ISP, plans to reach half a million new customers within the next two years. “We want to be the complete IT solution provider for retail and larger entities. We are growing in the direction of becoming an overall IT infrastructure provider and technology integrator. Along with that, Subisu is striving to offer better services. We are investing in newer technologies, satisfying our customers, facing the challenge to be cost-effective and technologically sophisticated as well,” concludes Saud.

Airline companies in for a long, stressful winter 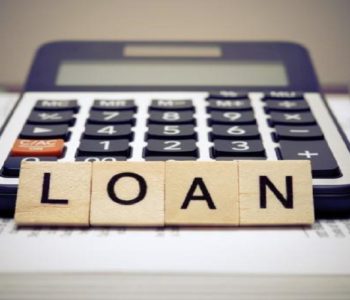